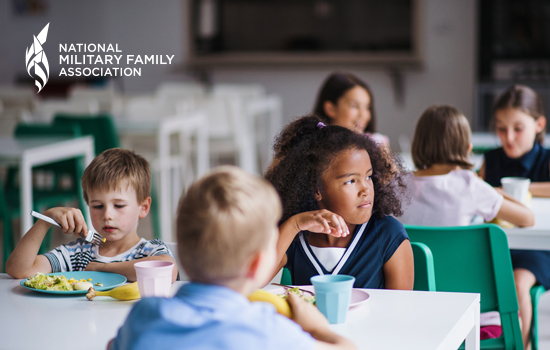 Advocates, policy makers, philanthropists, and military families are urging the White House Conference on Hunger, Nutrition and Health to address rising hunger and food insecurity among military families, in a series of new videos.

According to the Department of Defense, an unacceptable 24% of military families are food insecure – there is a food pantry on or near every single US military base. Worse, the 2022 Military Teen Experience Survey by the National Military Family Association found that almost half (46%) of military teens reported experiencing some level of food insecurity over the past month.

The White House conference will address food insecurity at the highest levels, which presents an important opportunity to raise that military families face more bureaucracy and barriers than civilians to the central federal food program, SNAP, and other supplemental benefits. In the military community, which traditionally values strength and self-reliance, there are also pervasive social  stigmas around food insecurity.

Solutions aren’t out of reach: strong implementation of the Basic Needs Allowance could help struggling military families ensure that their families are fed.

NMFA and MAZON: A Jewish Response to Hunger are sharing video messages from partners, leaders, and those with lived experience to urge  long-term solutions to military hunger, and to urge bold action at the upcoming White House conference.

The 2022 White House Conference will catalyze the public and private sectors around a coordinated strategy to accelerate progress and drive transformative change to end hunger, improve nutrition and physical activity, and close the social disparities at their roots.

For the last decade, the National Military Family Association (NMFA) and MAZON: A Jewish Response to Hunger have worked together to fight rising hunger and food insecurity  in the military community and ensure America’s service members have the resources they need to feed their families.

To learn more about the experience of military hunger, read MAZON’s latest report.

The National Military Family Association is the leading nonprofit dedicated to serving all military families. Since 1969, NMFA has worked to strengthen and protect millions of families through its advocacy and programs. They provide spouse scholarships, camps for military kids, and retreats for families reconnecting after deployment and for the families of the wounded, ill, or injured. NMFA serves the families of the currently serving, veteran, retired, wounded or fallen members of the Army, Marine Corps, Navy, Air Force, Space Force, Coast Guard, and Commissioned Corps of the USPHS and NOAA.​ To get involved or to learn more, visit www.MilitaryFamily.org.

About MAZON: A Jewish Response to Hunger:

Inspired by Jewish values and ideals, MAZON is a national advocacy organization working to end hunger among people of all faiths and backgrounds in the United States and Israel. For more information on MAZON, please visit mazon.org.