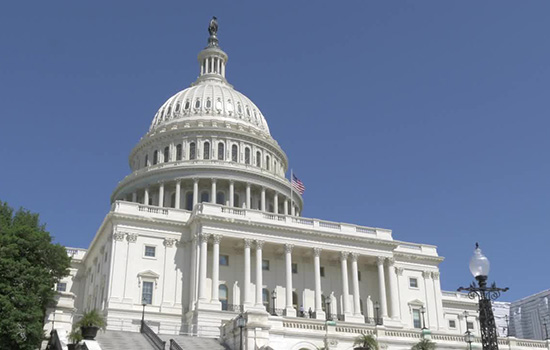 Washington, DC (May 5, 2022) — Earlier today, a coalition of three national advocacy organizations — MAZON: A Jewish Response to Hunger, the Military Officers Association of America (MOAA), and the National Military Family Association (NMFA) — jointly sent a letter to the U.S. Departments of Defense (DoD) and Agriculture (USDA), thanking both agencies for their efforts to address food insecurity among America’s military families. The letter commends the Biden Administration for its commitment to establishing a Military Family Basic Needs Allowance, or Basic Needs Allowance (BNA), which was enacted in the Fiscal Year 2022 National Defense Authorization Act, and outlines key recommendations for “effective and impactful” implementation.

MAZON, MOAA, and NMFA also applauded President Biden’s announcement yesterday of a White House Conference on Hunger, Nutrition, and Health, taking place in September 2022. These groups look forward to working with the Administration to prominently include solutions to the food security crisis for veteran and military families at the Conference.

“It is unconscionable that members of our Armed Forces and their families face the preventable problem of hunger,” said Abby J. Leibman, President & CEO of MAZON: A Jewish Response to Hunger. “Today’s letter, co-authored with our key partners on this issue, offers practical steps to address — and end — hunger among military families once and for all. Those in uniform valiantly serving our Nation deserve the peace of mind that their families can put nutritious food on the table each day. As we have said time and again, this is a matter of mission readiness, troop retention, and future recruitment. We look forward to centering policy solutions to end military hunger at the White House Conference on Hunger,, Nutrition, and Health later this year.”

“We support DoD’s initiative to implement the Basic Needs Allowance and recommend broad consideration of the impacts of inflation on military families,” said Lt. Gen. Dana T. Atkins, USAF (Ret), President and CEO of the Military Officers Association of America (MOAA). “The authority to remove a servicemember’s Basic Allowance for Housing (BAH) as a factor for calculating income for those within a band of the poverty line is critical to supporting our junior military families impacted by food insecurity.”

“Too many military families are struggling, and we’ve heard it time and again from adults, but now military teens are speaking up, too,” said Besa Pinchotti, CEO of the National Military Family Association (NMFA). In NMFA’s recent Military Teen Experience Survey, 36% of active duty military teens reported experiencing food insecurity using the USDA’s short form scale. “Passing the Basic Needs Allowance was a great first step, and it needs to be implemented quickly and effectively so that the people who need it most can feed their families.”

The letter includes specific recommendations to address the painful reality of hunger experienced by thousands of currently-serving military families. The recommendations include:

Inspired by Jewish values and ideals, MAZON: A Jewish Response to Hunger is a national advocacy organization working to end hunger among people of all faiths and backgrounds in the United States and Israel. MAZON is a leading voice in the anti-hunger field, developing strategic initiatives focused on communities that are at particular risk of hunger and have often been overlooked — including military families. MAZON illuminates the needs and challenges of specific populations who experience hunger more acutely than the general public. Working together with partner organizations, we identify long-term solutions so that these populations can feed themselves and their families with dignity. Learn more at mazon.org.

The Military Officers Association of America (MOAA) is the nation’s largest and most influential association of military officers. It is an independent, nonprofit, politically nonpartisan organization. With more than 350,000 members from every branch of service – including active duty, National Guard, Reserve, retired, former officers, and their families – we are a powerful force speaking for a strong national defense and representing the interests of military officers at every stage of their careers. MOAA’s highest priority is providing first-class service to our members. We are the leading voice on compensation and benefit matters for all members of the military community.

The National Military Family Association (NMFA) is the leading nonprofit dedicated to serving all military families. Since 1969, NMFA has worked to strengthen and protect millions of families through its advocacy and programs. They provide spouse scholarships, camps for military kids, and retreats for families reconnecting after deployment and for the families of the wounded, ill, or injured. NMFA serves the families of the currently serving, veteran, retired, wounded or fallen members of the Army, Marine Corps, Navy, Air Force, Space Force, Coast Guard, and Commissioned Corps of the USPHS and NOAA.