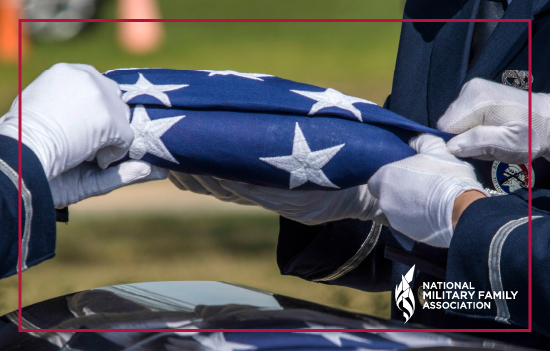 50 Years in the Making: The Final Elimination of the Widow’s Tax

It’s time – it’s finally time for the Widow’s Tax to be completely eliminated!

During the Vietnam War, a group of military spouses—who would later go on to create the National Military Family Association—took to Capitol Hill to demand their widowed friends be taken care after the unthinkable happened. Decades later and thousands more widows needing support, we are grateful the long fight is finally over.

The creation of the Survivor Benefit Plan (SBP) in 1972 was NMFA’s first legislative success. We, along with surviving spouses and partner organizations, worked for decades to get the offset eliminated.

The Fiscal Year 2020 National Defense Authorization Act eliminated “the Widow’s Tax,” but in phases. In 2021, one-third of the SBP was restored. In 2022, two-thirds were restored. And now in 2023, the SBP will be completely restored and surviving spouses will receive their SBP and Dependency and Indemnity Compensation (DIC) payments in full.

Starting February 1, 2023, the SBP child-only option, which was a work-around created after 9/11 for surviving spouses of active duty deaths to receive the full SPB until their children turned 18 (or 23, if in college), is also repealed. The surviving spouses who elected to use that benefit, can restore their eligibility regardless of their children’s ages.

The Special Survivors Indemnity Allowance (SSIA) will no longer be paid after the January 3, 2023 payment. SSIA was created to help ease the SBP offset caused by DIC. Since the offset has been eliminated SSIA is no longer necessary.

As long as Americans continue to join the military and risk their life for freedom, NMFA will make sure their loved ones are cared for. Though legislation may sometimes take years, we won’t stop fighting for the benefits and support their military service has earned.

The Defense Finance and Accounting Service (DFAS) has created a webpage to provide surviving family members information and FAQs about the process. Access the SBP-DIC Offset Elimination News now.

Military OneSource has also done a podcast explaining the offset elimination. You can listen to the podcast here.