Together with Bloom: Empowering the Military Teen, NMFA surveyed over 2,000 military teens in May 2021 using the Warwick-Edinburgh Mental Well-Being Scale (WEMWBS). This validated, 7-item scale was used to measure the well-being and psychological functioning of our military teen community ages 13 and up. Additionally, we relied on the USDA Food Security Survey for Youth Ages 12 & Older (USDA short form) to measure the food insecurity levels of our military teens.

Military Teens Of Today Are The Future Force Of Tomorrow

The Department of Defense (DoD) has long studied American youth willingness to serve. A 2019 DoD poll indicated that only 13% of Americans aged 16 to 24 said it was likely they would serve in the next few years. We asked our military teens if they plan to serve in the military in the future. A stunning majority (65.15%) answered yes. 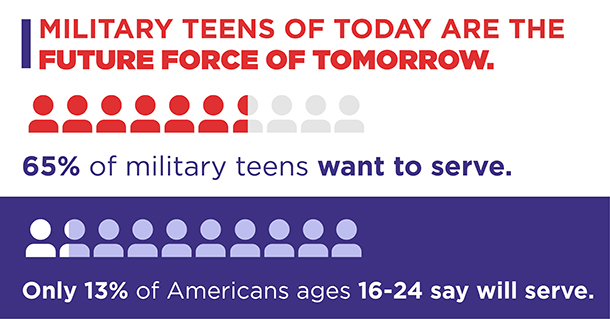 The Kids Are Not Okay 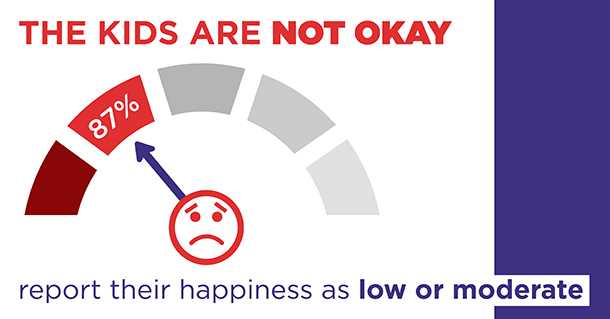 Connection can help, but military life makes that hard.

When their mental health depends on connection, military teens are not set up for success. Military kids move often — sometimes as often as every two to three years. They are uprooted from their neighborhoods and school communities and move across the country — or across the globe. The operational tempo of the last two decades has also meant that they’re often without at least one parent, who might deploy at a moment’s notice. All of these separations impact the teens’ mental well-being. 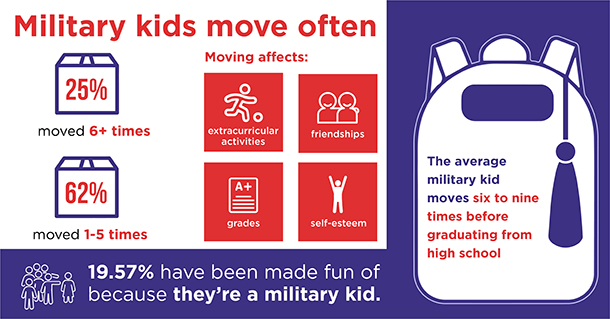 Too Many Military Teens Are Hungry

When asked if, within the past year, they had worried about whether their food would run out before they had money to buy more, 35.98% of respondents expressed concern: 28.41% told us that this was sometimes true. An additional 7.57% said that this was often true.

It’s hard to feel okay when you’re worried about having enough food to eat. 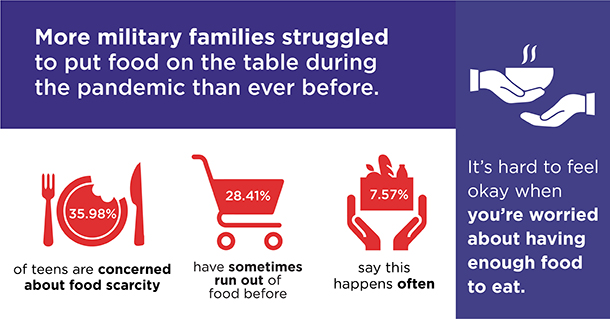