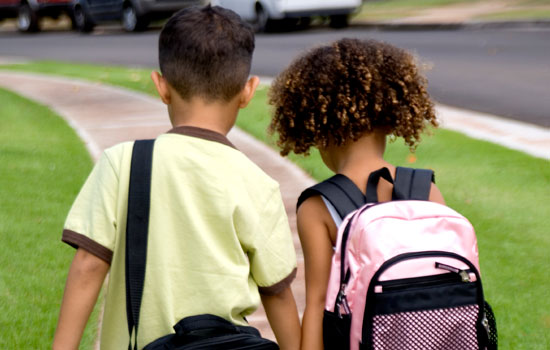 School shouldn’t have to be. Your child can have a top-notch education with high and consistent standards, no matter where they go to school. NMFA wants to help you make it happen because we know military kids serve too®.

We’re calling for an Education Revolution. 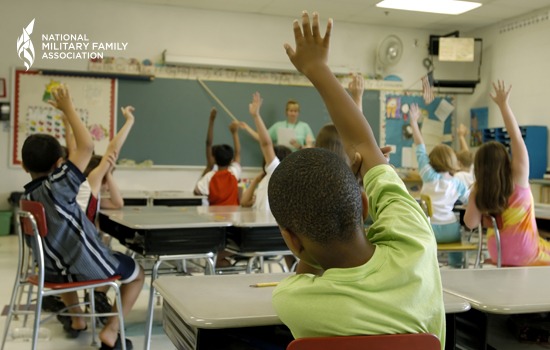 Military moves can be difficult for all members of the family—including children. Your own child may struggle as they say goodbye to their old friends and adjust to new routines after a PCS. Trying to fit in as “the new kid” in school while adjusting to their new normal can sometimes cause your military kid to experience academic issues. Each state and school district may have different standards, requirements, and curriculum, which can be tough for your family to navigate. Where do you turn to help remove some of these obstacles during and after relocation?

The Interstate Compact on Educational Opportunity for Military Children was specifically designed to eliminate some of those roadblocks. It is an agreement among states to provide uniform treatment for military children moving to new school districts.

The purpose of the Compact is to make sure military kids are immediately enrolled in their new school after a move, placed in the appropriate academic program, and able to graduate on time.

Specifically, the Compact can help with:

Even though the Compact is recognized by all 50 states and D.C., you may find that teachers and administrators at your child’s new school aren’t familiar with the law and its requirements; resulting in possible conflict. If this happens to your family, here are a few resources to help your child make a smoother transition between schools:

Educate yourself and your child’s school: The Military Interstate Children’s Compact Commission (MIC3) has created a variety of downloadable brochures, webinars and other resources to help educators and parents learn more about the Compact. 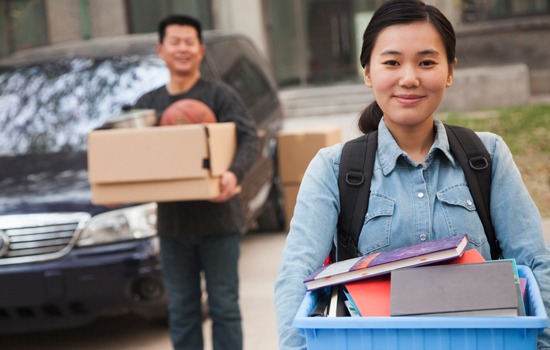 Military families who move frequently often have a difficult time meeting state standards to qualify for in-state tuition rates. Eligibility guidelines vary from state to state, but most require that the student or their family live, own property, and/or pay that state’s taxes to be considered for in-state tuition. In the past, this has put military families at a disadvantage since they are often legal residents of another state.

Luckily, the playing field was leveled for military families in 2009 when the Higher Education Opportunity Act (HEOA) was passed; requiring public colleges and universities to grant in-state tuition status to dependent children of active duty service members in the state where they reside, or are permanently stationed.

Once enrolled and paying in-state tuition, your child will continue to pay the in-state tuition rate as long as they remain continuously enrolled at the institution, even if the service member is reassigned outside the state. 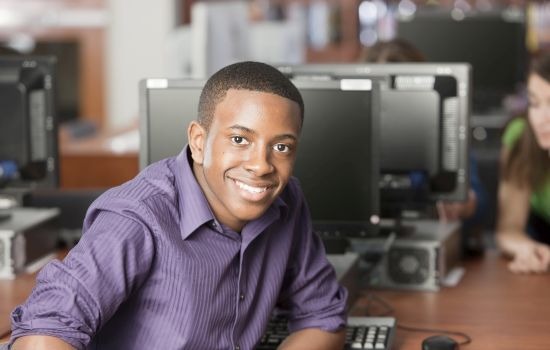 One of the most valuable education benefits available for military families is the Post-9/11 GI Bill.

Service members have the option of transferring some or all of their GI Bill benefit to their dependent spouses and children. Service members can choose to transfer the entire 36 month benefit to one family member, or divide it among their spouse and/or children. In addition to covering tuition expenses, eligible beneficiaries may receive a book stipend, as well as a housing allowance.

Service members can apply to transfer their Post-9/11 GI Bill benefits online through the MilConnect portal. Step-by-step instructions are available on the MilConnect website.

The rules and regulations regarding Post-9/11 GI Bill transferability are complex. We recommend following the links above to ensure you are receiving the most accurate and up-to-date information directly from the source.

Specific questions about paying for your child’s education should be directed to the financial aid office at your child’s college or university. Those offices are familiar with programs and policies supporting military families and are often willing to work with families to make college affordable for military kids.