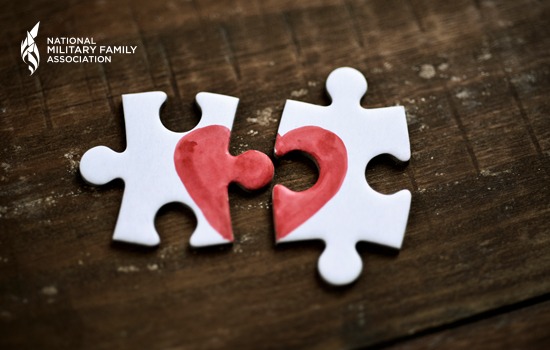 Will Your Marriage Become a Casualty of Transition?

Will Your Marriage Become a Casualty of Transition?

Before separating from the military, every service member is required to attend a transition readiness seminar designed to prepare military members for civilian life. This week-long course includes employment workshops, benefits briefings, and presentations on navigating the VA.

This course should address every aspect of separating from military service—including relationship obstacles—but it doesn’t.

“Our marriage survived 20 years of military life-only to fall apart less than a year after he retired,” Karen, an Army spouse, shared. “I’m still trying to figure out where it all went wrong.”

More military families are finding their marriages and relationships breaking down after getting out of the military. Karen and her family endured six deployments and relocated nine times over the span of her husband’s 20 year Army career. They were both looking forward to his retirement, and really didn’t think it would impact their marriage in any way.

“We thought the strain from old hardships would get better once he was out,” she recalled. “We thought all the stress that goes with the demands of military life would just dissolve away. Instead our marriage dissolved.”

Getting out of the military will be one of the biggest transitions your military family will face, and there’s little information given on how your marriage might be impacted. There are plenty of studies and reports on marriage or divorce during military service, but almost nothing about what happens to marriages after exiting the military.

One study suggested that military benefits such as health care, housing, and a predictable income serve as a barrier to divorce amongst service members. These support services are aimed at easing the stresses of military families, resulting in a lower rate of divorce. The study also suggests these benefits provide an ‘incentive’ to remain married while the military member is serving

“There were so many things we didn’t take into consideration or ask one another,” said Sam. She assumed when her Marine retired, they would automatically divide all household tasks. “He didn’t know what my expectations were and had no idea I was looking forward to having someone share in those responsibilities.”

Military spouse Liz’s husband was medically retired from the military after a horrific motorcycle accident that left him paralyzed, among other disabilities.

“I expected I’d have to be a stay at home caregiver, living solely off of VA pay,” says Liz. As they became used to his disabilities and adapted to their ‘new normal,’ their stress levels lowered some, too. “We’ve learned we can rely on each other instead of everything only being on my shoulders.”

It’s best to talk early, and often, about transitioning out of military service. What will the finances look like? Who will be responsible for what? Who will work, take the kids to school or mow the lawn? These questions may seem insignificant, but they need to be asked.

When Sam’s husband retired from the Marine Corps, he didn’t think his roles and responsibilities at home would change. That’s when Sam decided it was time to put it all on the table.

“Instead of getting upset because he wasn’t helping,” she explained, “I had a great conversation with him about how much I needed his help.”

Identity Apart from the Military and Marriage

Many service members and spouses frequently say they feel lost after leaving military life. This is especially true if you were heavily involved in the military community.

Liz suggests finding an interest that has nothing to do with military life and using that as an outlet before, during, and after transition.

“Don’t let the military gates define who you are,” she shared.

For Sam, transition felt eerily like reintegration after a deployment.

“I went from not having him whenever I needed him, to feeling like he was invading my space,” she said. But Sam wasn’t the only one having a hard time. “He said he felt like he was in my way and didn’t feel as included, as we both would have liked.”

Sam and her husband talk openly about this now, and both admit they still look forward to time apart. That’s not a bad thing at all, but many military couples can mistake the independence for not needing your spouse any more.

Army spouse Karen believes her marriage was a casualty of transition.

“All those things that acted as pillars to keep our marriage strong were gone. We never got a ‘heads up,’ we had no idea it would cause all of our old junk to come flooding back,” she said. While she doesn’t regret her dedication to her husband’s military career, she does wish they would have thought longer and harder about leaving the military.

“It’s kind of hard to have those tough conversations when they’re gone all the time. But if I learned anything through this divorce and leaving military life, I’ve learned that those conversations are necessary and I wish we would have had them.”

Have you had ‘the talk’ about getting out of the military? What are your concerns?