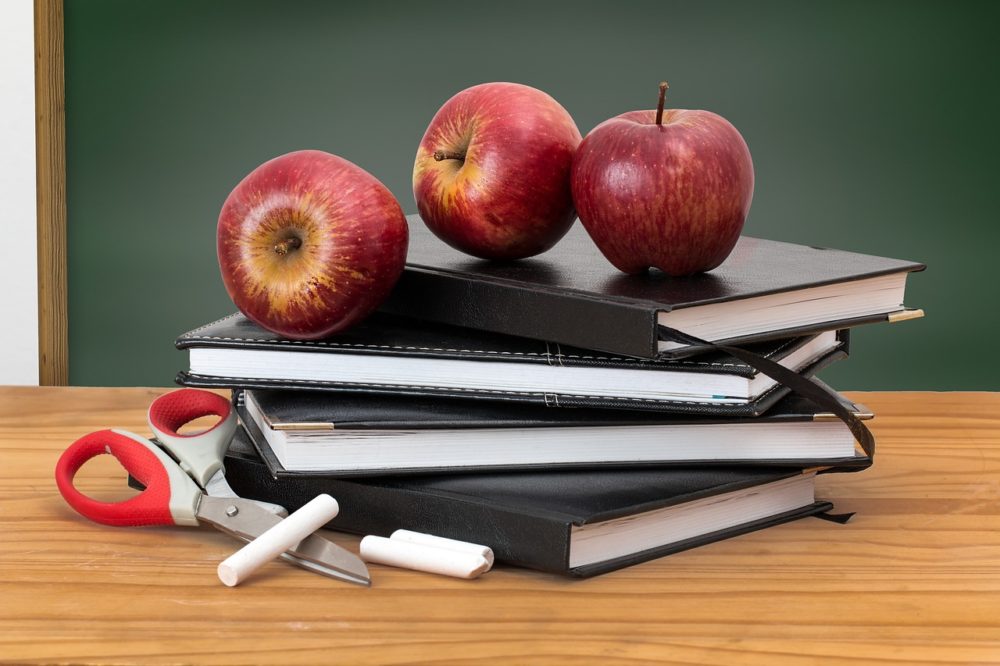 I first went to college directly after high school. I was 17 years-old, moving into my dorm room and living on my own for the first time in my life. I was passionate about two things: playing softball and science. For four years, I represented my college on the softball field and in the science lab. When I graduated, I had a Bachelor's degree in Chemistry and a brand-new career working as a research assistant for a petroleum company. Career-wise, life was great! The pay was great and the benefits were amazing.

Then a wrench was thrown into all my career plans. I fell in love with a man in the military.

Suddenly I was learning about TDY's, deployment, ranks and PCS moves. Prior to moving I thought I would plan, be prepared, and set myself up to still have a career despite the frequent moves I knew were coming. I would use the tuition reimbursement offered by my employer to obtain a degree for what I thought was a portable career, teaching. I knew a chemistry degree was not portable, it was only useful in certain areas of the United States, none of which were on the potential PCS list.

To me, teaching seemed portable; there are always teacher shortages and no matter where we could PCS, there would be schools around needing teachers. I enrolled and started taking online courses, eventually graduating with my Master of Arts in Teaching.

Shortly after graduating, we got orders for our first PCS move together. This is when I encountered my first issue with becoming a teacher—PCS'ing in the middle of the school year. We moved in October, however school started in August. Most schools would not start interviewing for the next school year until January, and then I would have to wait until the following August to start. I had to ask myself, did I want to be unemployed for 8 months before starting work?

I decided to get a job to help pay the bills while I waited to interview and hopefully be hired as a teacher for the next school year. When the time came to start applying, I realized I had an even bigger problem becoming a teacher.

All the exams and tests I had taken, the hours of student teaching, and after school program volunteer work meant nothing in my new home state. The credentials I obtained in California were not transferrable to Texas. I would have to go through an alternative teaching program, pay hundreds of dollars to re-test and then they may not transfer when we PCS again in 2-3 years to a new home state. I started to see a teaching career as an endless cycle of PCS moves at the wrong time with endless fees to pay to be recredentialed, taking exam after exam and not being able to really teach and establish myself before our next PCS arrived.

As much as I love teaching, I realized that it was not a portable career.

While I have not been able to teach in a classroom, I have still been able to be involved in the educational field and help students succeed in achieving their educational goals. I went into nonprofit work, first with a military support organization and currently at Excelsior College. I continued to go back to college in search of a transferrable degree program to have a stable career while being a military spouse. I graduate in December with a Master's degree in Nonprofit Leadership and Management and plan on immediately starting work towards a business degree at Excelsior College, taking advantage of the tuition assistance program. I will continue to take advantage of scholarship opportunities and employer tuition assistance programs, setting myself up as best as I can for our next PCS move using the knowledge I've gained. And I will continue helping my fellow military spouses fulfill their career and educational goals by sharing what I have learned, all the bumps in the road, helping to make the path to a portable career a little smoother.

Have you ever gone into a career thinking it was portable, only to find out it wasn't? How did you handle it?