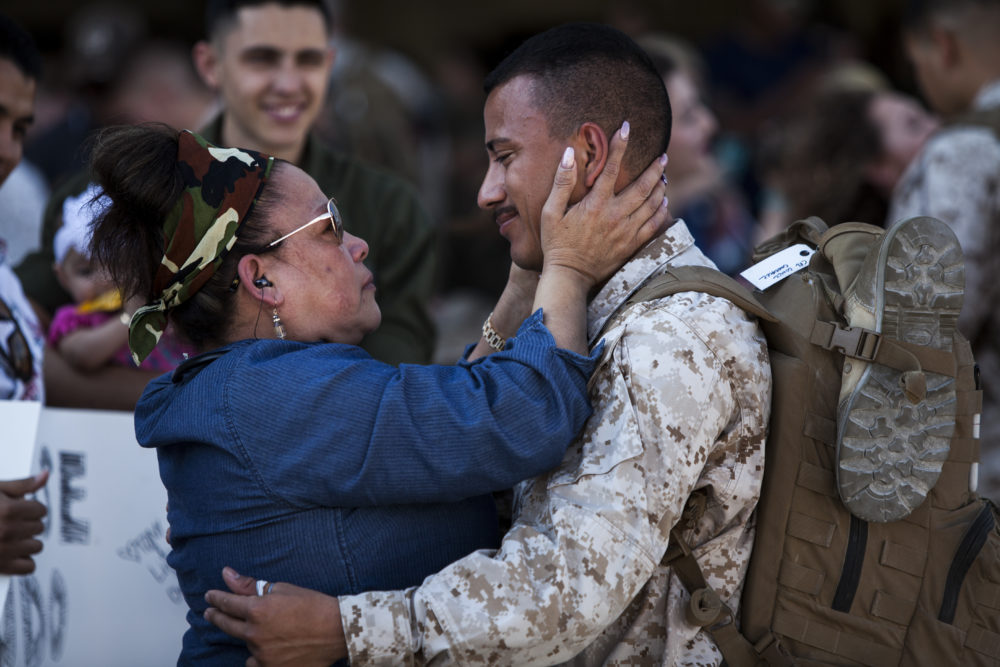 The First Deployment: We’ll Get Through It Together

The First Deployment: We’ll Get Through It Together

The tears couldn't stop. I'm the person that rarely in public shows my emotions. But I wasn't prepared for this evening. As my daughter went on stage, I thought about my husband, who wasn't there. I bought only one ticket this year for her school district performance. But as she entered the stage beaming with pride from years of hard work, my eyes began to fill with tears.

As her dance company lifted her into the air, I caught a glimpse of her radiant smile—she's always wanted to be the 'lifted' girl. As I watched, a tear moved down my check. Their performance song shifted and a new song called 'In Your Eyes' now played. My heart, my brain, and my emotions were overwhelmed, and the flood gate of tears couldn't be stopped.

All I could think of was how my youngest had waited years for this moment…and her dad was deployed, missing it. Missing all of it. And even though he'd seen her dance plenty of times, he's never seen her in the front middle or lifted, and this would be her last time performing with this group of kids. In a few months, she'd close out her chapter of being a middle schooler and enter high school.

This was our first deployment, and I wasn't prepared for all that comes, or should I say, is missed. We've done several TDY's, we've been separated for weeks, even months. He joined after we were married and had our third on the way, and that was a 6 month separation.

But this was different. He can't just fly home at a whim. With the kids being older, they have so many school commitments, scouts, music, and community service activities; our life isn't easily uprooted when we say, 'Let's go see Dad today.'

Going into this, I knew there was going to be distance separating us and a lengthy time period, but it still wasn't real. From the age of 10 months until I graduated high school, my father worked as a Merchant Marine. There was not a single year that he was home. My whole childhood was spent with him at sea for ten months, then at home for three, or at sea for six months, and home for two.

Because of that, I learned to cope by disconnecting. As a wife, I went into this deployment with a wall up to protect myself thinking I would just throw myself into whatever the kids needed, continuing community service projects, and helping at our local church. But when my son came into my room after two weeks of daddy being gone and shared with me how he was sad, my wall began to crumble. Then with each event, big or small, the wall kept taking a hit. My ability to just disconnect, like I did as a child, would not work as a mom. I had to learn that being vulnerable, sad, and lonely were all normal and acceptable feelings. It didn't make me weak. It was better to work through them than to ignore them.

My husband is going to continue to miss dance performances, band recitals, Junior ROTC events, even big birthdays, like our oldest son turning 16, but that doesn't mean we can't still celebrate with him. Everyday, the kids make videos through a program they upload for their dad to see when he gets time. They put silly stuff like knock knock jokes, they tell him about their day, or even share a highlight from a book they've read. When he has a spare minute, he makes videos for them, too. They get to stay connected, they get to see him, they get to hear him.

The kids and I are proud of him and don't ever question whether this life is the right choice for us, but it's still hard and we're learning as we go. I can't say what we'll learn next, but as a family we're doing it together.

Did you struggle to find your footing during your family's first deployment? How did you get through it?