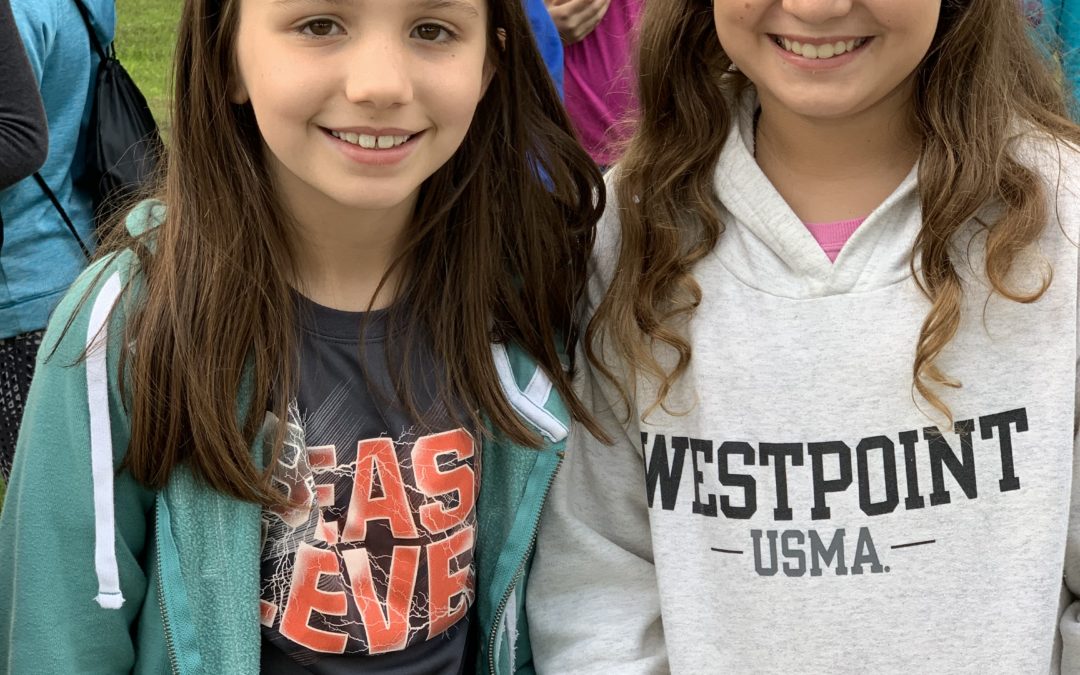 Situated among a beautiful outdoor location along Lake Erie in New York, Pioneer Camp and Retreat Center was the perfect setting for Operation Purple Camp. For one week, 140 military children attended Operation Purple Camp for a fun-filled camp experience of swimming, high ropes, low ropes, arts and crafts, and most importantly friendship and fun!

I was able to spend a day at Operation Purple Camp and catch a glimpse of all there was to do. At breakfast, I joined a table of 9 and 10-year old campers who were excitedly chatting about their day—they were going swimming and then to the ropes courseall before lunch!

In between lulls in their conversations, I asked where everyone was from (thinking most of the campers would be from the greater New York area). I was surprised to learn that a camper named Cora had traveled all the way from San Diego, California for camp.

Cora’s dad is a Marine stationed at a base in San Diego, but her grandparents live in New York. Cora flew to New York the week before to spend time with them before heading to camp. She thought it was so cool to be the kid that traveled the longest distance for camp.

Also, at my table were Laine and Madison, both who have Army dads. Laine shared that she had come from Georgia because her family was moving from their Army base in Georgia to West Point in New York.

Madison was so excited she could hardly sit still. Her dad is stationed at West Point and she quickly blurted out that Laine would love West Point.

“Our school is so cool, and they are building a new playground, you are going to love it so much,” Madison excitedly shared.

As we were cleaning up from lunch later that day, Kayla, a counselor sitting at the table with me, said, “the military kids are just so resilient. They show up and instantly make friends and are ready to adapt to camp life.” Kayla was a first-year counselor never having worked with Operation Purple campers before, her perspective made me smile as I already know just how resilient military kids are (I have three of my own).

Stories like Cora, Laine, and Madison are ones I never want to forget. And luckily, I won’t have to. NMFA has partnered with StoryWings, a new, story-sharing platform that lets you record, save, and remember any moment at any time. StoryWings was initially developed as a baby shower gift for a military spouse so her family could privately record and share special moments with their daughter and her growing family.

We’re excited to share a unique opportunity for military families, thanks to StoryWings. Now, any military family who wants to start a library of their own will receive a 40% discount off the annual StoryWings subscription!

Any member of the family can access, record, and add to your protected library. Imagine what Cora, Laine, and Madison would say about their time at Operation Purple Camp!

Learn more about StoryWings or get your family subscription with 40% off.