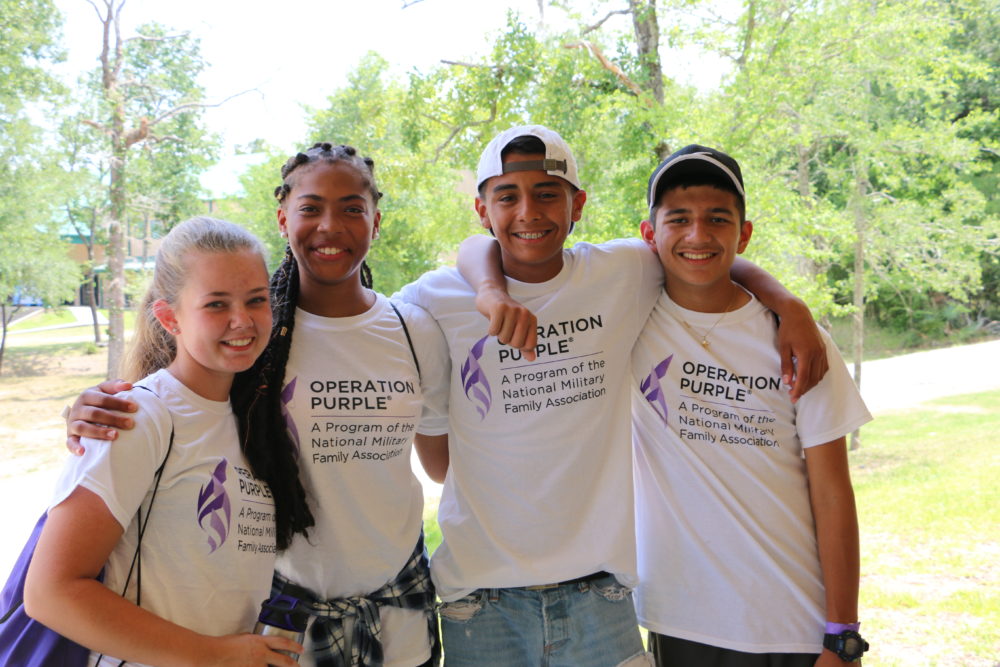 “Raise Your Hand if You Were Born Before September 11th”

“Raise Your Hand if You Were Born Before September 11th”

2018 kicks off NMFA's 15th year of Operation Purple Camp (OPC) — a free week of overnight camp for military-connected kids. As a Program Manager for the National Military Family Association, I have the pleasure with visiting some of our awesome Operation Purple Camp locations throughout the country. During my visit to our OPC in Texas this summer, I was lucky enough to attend Military Day!

Military Day is a themed day typically hosted in the middle of the camp week and provides Operation Purple campers with the opportunity to celebrate that they serve alongside their parent or guardian. It's a fun day where they get to increase their knowledge of their military parent's experience. The day includes volunteers from a local military unit, vehicles or gear from that unit, and more!

What resonated with me was when the speaker asked campers, “Who here was born before 9/11?”

Not one military kid camper raised their hand.

Since 9/11, our military has been fighting a nearly 17 year battle, working around the world in response to the growing threat of terrorism. It dawned on me that we almost have a full generation of OPC campers who have witnessed firsthand numerous deployment cycles and  service-connected injuries that may not ever fully heal.

As we enter our 15th summer of Operation Purple Camp, the need is still real and isn't going to disappear anytime soon. Here's a snapshot of our accepted 2018 OPC campers:

Sometimes it's easy to get caught up with the numbers, but when I was eating lunch with campers, one boy I sat next to spoke in great lengths about his father's recent medical retirement and some of his physical challenges. I was surprised with how open he was with sharing his family's challenges with me and made me reflect with how camp provides the environment, surrounded by other kids just like them, to express their feelings.

Going back to our roots, Operation Purple Camp started during the height of deployments from Operation Enduring Freedom and Operation Iraqi Freedom to meet the needs of military families trying to make it through those rough times. Since 2015, we have expanded our program to the children of the wounded, injured, ill.

As we look to the future, we are excited to adapt our program to the growing needs of military families, and we are so thankful of Wounded Warrior Project as our National Sponsor. Above all, we are looking forward to many more campfires, smores, and summers ahead with the help of our donors!

Has your military child ever attended an Operation Purple Camp? Tell us about their experience in the comments!