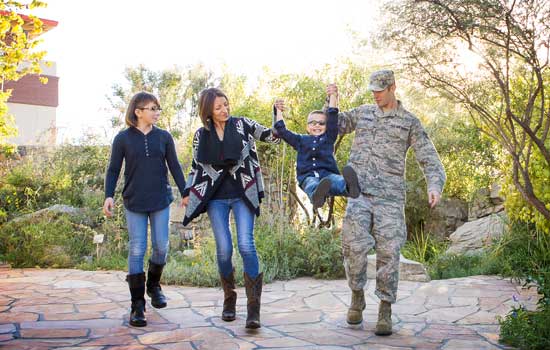 Wide Awake: Here’s our Stance on the Post-9/11 GI Bill

Wide Awake: Here’s our Stance on the Post-9/11 GI Bill

The Post-9/11 GI Bill has recently become a fiery topic of discussion in military communities, support organizations, and among lawmakers. Proposed legislation would cut in half the housing stipend for dependent children using the transferred benefit, and some organizations are taking a strong stance against the proposal. Others say the cuts are valid, calling parts of the Post-9/11 GI Bill “overly generous.”

At the National Military Family Association, we are personally invested in the Post-9/11 GI Bill and the ability of service members to transfer those benefits to spouses and children. Many of us are military spouses whose service member has transferred the benefit to our own children. Others of us have used transferred GI Bill benefits to further our own education. When the Military Compensation and Retirement Modernization Commission (MCRMC) recommended eliminating the housing stipend for dependents using transferred Post-9/11 GI Bill benefits in its 2015 report, our Association led the way in rejecting that proposal. We argued that the government needed to honor its commitment to service members who had already transferred the benefit.

We understand how valuable this benefit is for military families, and we are committed to preserving it.

So why haven’t we spoken out about the proposal?

To be clear: we’re not happy about the legislation. We understand the value of the housing stipend to families, especially since room and board can cost as much as tuition. However, after analyzing the legislation and carefully weighing the costs and benefits, we have decided not to oppose the bill. Here is our reasoning:

The Post-9/11 GI Bill transferability was created as a retention tool during a time of intense conflict. Now that the Services are drawing down, we know some retention tools will change or be eliminated. If these changes are inevitable, we are pleased that at least the funds are being redirected to support surviving family members.

We will continue to watch closely as Congress considers other changes to military pay and benefits and will fight to protect the programs and services military families need and have earned.