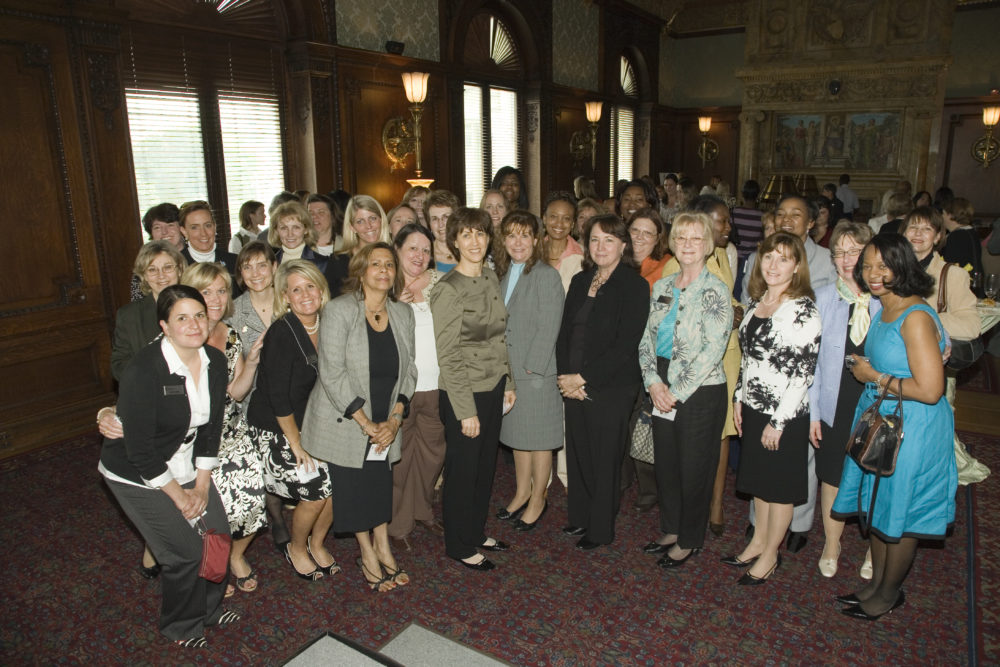 NMFA was started by a few military spouses in 1969, and with the selfless service of volunteers giving their time, we've grown into what we are today. April 15-21, 2018 marks the celebration of Volunteer Appreciation Week, and we're so excited to recognize a few of NMFA's shining stars who've gone above and beyond to make a difference in the lives of military families around the world in 2017. The following awards will be presented at NMFA's Leadership Breakfast on April 19, 2018.

The 2017 recipient is Cynthia Giesecke, who lives in Alexandria VA. Cynthia joined our NMFA Volunteer Corps in January of 2007. She is one of a very few dedicated members who has actively volunteered within all three of our regions. Fast-forward 11 years later, Cynthia is still rocking it as a volunteer. In recent years, she was an awardee of the FINRA fellowship, which helped her gain financial knowledge to help military families. This year, Cynthia logged over 480 hours of volunteer work and was able to work on many unique volunteer projects at NMFA's headquarters in Alexandria, Virginia. She's a well-connected and well-respected military spouse who has tremendously mentored and tucked new NMFA volunteers under her wing. She is a selfless leader and a strong spouse advocate in our community.

The 2017 recipient is Cherie Masters, who lives in Germany. Cherie has been an organizational volunteer for the National Military Family Association since 2003. She's had the pleasure of working on many types of projects, including scholarship judging, Operation Purple Camp surveys, grant research, software tester, deployment fair speaker, and table presenter. Cherie is a skilled researcher and has used her Excel and research talents to help our Development and Spouse Education + Employment teams. She is a great reporter and once submitted a report from lodging in Germany about the lack of PCS support for familiesin the middle of her own PCS! Cherie is always willing to help other NMFA volunteers.

The Volunteer Corps Service Award was established in 2010 to recognize an individual with less than two years of volunteer service to NMFA, who has displayed leadership in fulfilling the duties and responsibilities of their appointed position, and effectively promoted the interests of NMFA and those it serves.

The 2017 recipient is Jennifer Burns, who lives in Dover, DE. Jennifer began volunteering with National Military Family Association in February of 2017. In her first year of working with NMFA, she volunteered over 135 hours of service. This time included participating in over 20 different events both at her local installation and in the Mid-Atlantic & greater Washington D.C Metro areas. Jennifer has written and submitted four blog articles for NMFA's blog, including a guide to 'Survive & Thrive: Dover AFB.' She enjoys volunteering, learning new ways to help others, and seeking out events to attend, avenues to get involved in, and ways to continue building her advocacy network.

On behalf of NMFA and military families around the world, THANK YOU to all who volunteer their time with us. Together we're stronger!