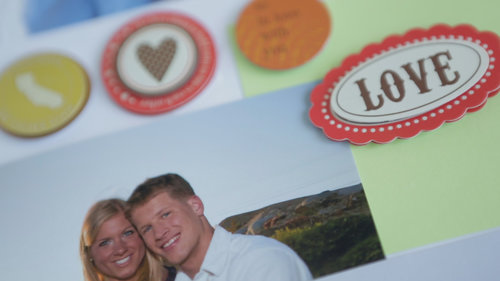 Military Families and Mental Health: Why Aren’t We Prepared for the Second Blast?

Military Families and Mental Health: Why Arent We Prepared for the Second Blast?

As she thought about her husband, Victoria Sorensen reflected on everything they'd been through.

“It's like he's Captain America but he's barely holding his shit together.”

But then barely turned into not at all.

This is the real-life story depicted in the new documentary, “Homemade.” The film chronicles six years in the life of a Marine and his family after multiple deployments and a list of injuries.

Staff Sergeant Adam Sorensen is a picture-perfect, highly decorated marine when the journey begins. He was involved in 68 firefights and admits it took a toll on his mental health. He tells himself he has it under control.

“Work out hard, get those endorphins going. I don't think everyone needs medicine. I don't, and I feel good about that.”

His wife, Victoria, talks about his PTSD, the nighttime screaming fits and physical pains like she knows they'll pass.

“Adam is awesome, and this is just temporary,” she said.

But the only thing that ended up being temporary was their marriage. Over the next several years, their love for each other was ripped apart by Adam's drinking, prescription drug abuse, PTSD, traumatic brain injuries, sleep disorders and suicidal thoughts—all while Victoria was struggling with her own severe health issues.

“I fought in a war people don't care about or know about,” he explained, and said he felt no connection to the non-military world around him.

Adam ends up addicted to opioids, goes AWOL, is hospitalized in the psych ward and even finds himself in the brig. He disintegrates both mentally and physically, becoming nearly unrecognizable.

The last part of the film shows Adam trying to rebuild his health after the military. He still suffers from insomnia, extreme irritability and short-term memory loss but is trying to find his way. He defines success these days as “how comfortable can I be just being?”

Each military family has its own storyand there are too many stories like Adam and Victoria's.

Adam and Victoria didn't have the support they needed to overcome their pain together. We have to do better. The transition to civilian life often comes with loneliness, a lack of purpose and a spike in suicide rates among veterans. We don't even know what it does to spouses because the government hasn't tracked that information. But we know something is happening to spouses and significant others, too.

The filmmakers talk about the idea that an Improvised Explosive Device (IED) goes off twice—once in the field and then again later in each family's living room. When we know a second blast is coming, why aren't we prepared?

When our military goes to war, they train, they practice, they have the tools they need. In fact, Adam feels like he could go back to war and do it again. He misses the lifestyle and said, “I wouldn't mind if life had that much meaning all the time.”

But he never trained, practiced, or had the tools to come back from waror to enter civilian life. “I never feel alive or awake anymore. It sucks.”

“Homemade” was created as a launching pad for action. Adam, Victoria, and the film team wants to emotionally impact fellow service members, increase military-civilian awareness, and help start the discussion about what military families go through and how we can help.

To learn more about the documentary and how you can see it, check out the website at: https://www.homemadethefilm.com/