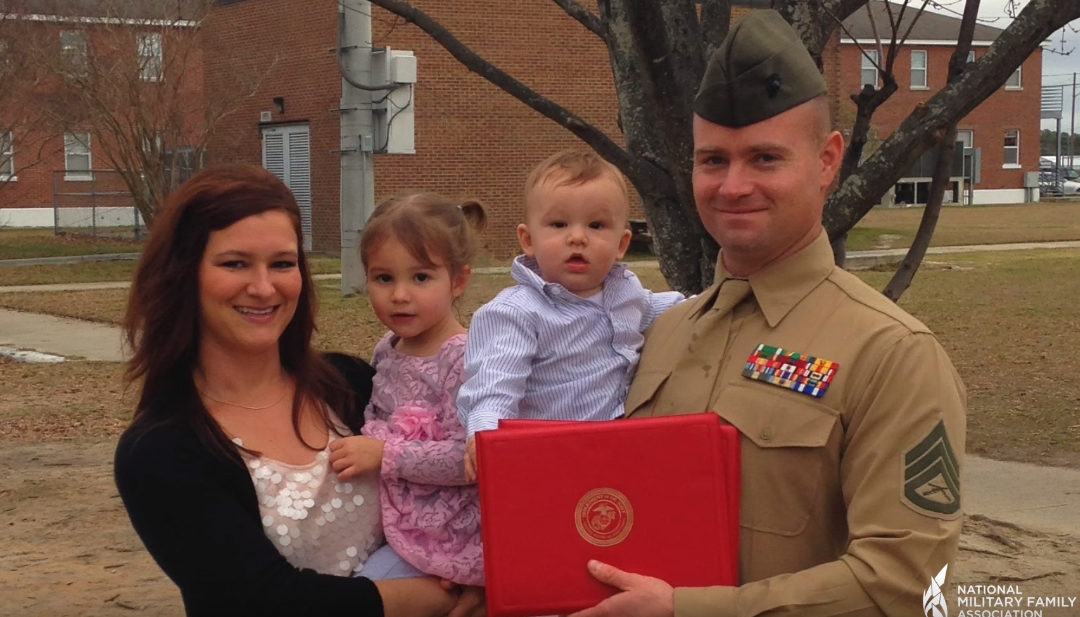 This month—Military Family Appreciation Month—we celebrate and honor some amazing military families who are going above and beyond in their local and military communities. All military families sacrifice every day for our freedom, and we invite you to join us as we thank them not just this month, but every month of the year.

David liked to remind people that he wasn’t the only one who served. His wife and high school sweetheart, Kristine (Krissy), proudly served the Marine Corps community as the Family Readiness Program Trainer for the Marine Corps Training and Education Command, Marine Corps Recruit Depot/ERR Command, and Marine Corps Air Station Beaufort, as well as other roles that supported the Corps’ families.

Deployments became a regular occurrence for the Stewarts. Together, the family and their two young children, endured three tours in support of Operation Iraqi Freedom and two deployments supporting Operation Enduring Freedom.

During his second Operation Enduring Freedom deployment in 2014, SSgt Stewart was killed when his vehicle was hit by an improved explosive device. He was 34.

Today, Krissy and her two children, Mackenzie and Marshall, remember and honor David’s legacy by helping other spouses of war. Krissy works closely with NMFA’s effort to end the Widow’s Tax, and preserve the benefits owed to surviving military spouses, like her. She says she still loves the Marine Corps and its mission, and despite the family’s tremendous loss, they continue to endure together.

Krissy shared her family’s story in this 2017 Memorial Day video.