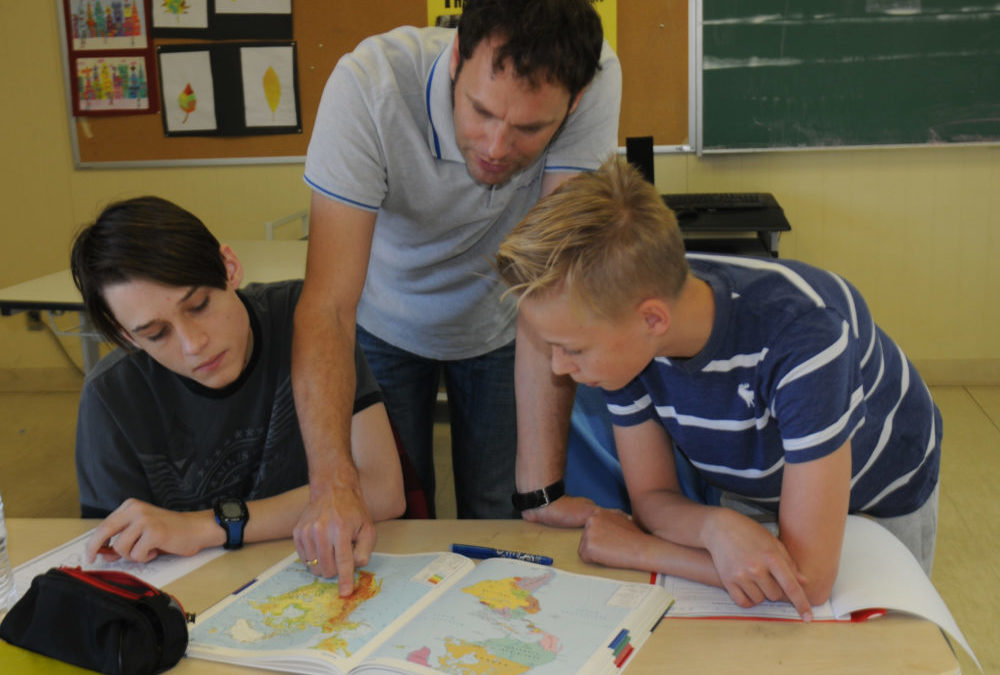 It’s Complicated: Moving to a New School Isn’t Just About Being ‘the New Kid’

It’s Complicated: Moving to a New School Isn’t Just About Being ‘the New Kid’

One common misconception of Active Guard and Reserve (AGR) families is that they don't move around as much as active duty families. For a few, that may be true. However, for most AGR families, moving frequently is a very real part of life. As if moving every couple of years was not pain in the butt enough, if that family has school aged children, those frequent moves can bring even more complications when their kids move from school to school. Everyone experiences changing schools differently. Some have great experiences. Others? Not so much! I've been on both sides of the spectrum. As will anyone who moves frequently.

One of the troubles we ran into was not a surprise and I can't imagine we're the only ones to experience it. Our oldest had behavioral concerns to begin with, so we expected him to take a little longer to make new friends after the move. Six months after our most recent move, he still had nobody he called a friend. When I asked him why, he said he didn't want to make friends because we're just going to move again. It is pretty heartbreaking to see your once outgoing, friendly, and happy little boy become reserved and afraid of new experiences. Again, it was not entirely unexpected. Nonetheless, it was one of those things we hoped wouldn't happen.

We also ran into complications with his Individualized Educational Program (IEP). He was diagnosed with ADHD and had an IEP in place at his previous school that met the minimum federal requirements, but did not meet our new state's requirements. In order to get a new IEP in place, we had to go through the assessment process all over again, which, at his previous school, took months to complete. Having a child with a behavioral disorder, or other special needs, comes with a new set of complications and there is a good chance you will have to go through the assessment process at every school your child attends. Luckily, his latest school is amazing and they were able to finish the process very quickly.

Unlike the not-wanting-to-make-friends issue, the next caught me completely off guard. Our son's previous school was on an active Army post, so every student at his school had a parent serving or who worked for the military in some other capacity. His current school is located nowhere near a military installation and the number of students in his school who have a parent serving is significantly less. He is likely the only military kid in his class. Why is this an issue? For a class activity, our son was asked what some things were that are special about his life and his family. He did not think being a military kid was one of those things because he thought everyone in his class was a military kid. It never dawned on me that we would have to explain to our children that not everyone has a mommy or daddy who serves in the military. I feel a little silly even mentioning it. It seems like a no-brainer now, but I never thought it would become a concern.

A year after our most frequent PCS and I'm happy to report our oldest little man decided making friends wasn't such a bad idea, his academics get better every day, and he's beginning to understand that not every kid is part of a military family and is learning to take pride in being a military kid. Just in time for the end of the school year. Here's hoping we won't get new orders before the next year begins.

Can you relate to any of these education struggles? You're not alone! Check out NMFA's Education Revolution and hear more stories of military families fighting for the best education for their kids. And leave your experience in the comment section!