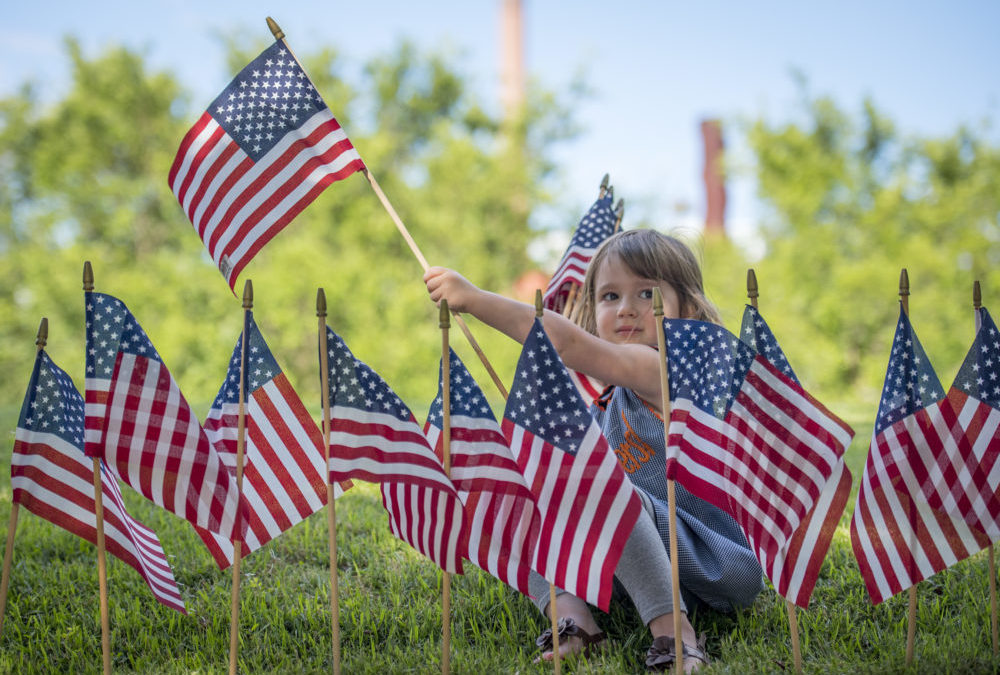 My husband’s PCS orders to Atlanta were cancelled at the last hour, and, instead, he was deployed overseas.

In January of 2010, I was living in San Francisco with my kids, working for the federal government, and enjoying my time in the city. My husband, an active duty service member, was in Washington, D.C. attending a military school. He was scheduled to PCS to Atlanta in May of that year, leaving me a few months to work on my transfer there, too. Eventually my transfer opportunity came, but with a twist: first I had to work in a destination two and a half hours away from Atlanta to satisfy my Agency’s needs, and then I would be allowed to transfer to Atlanta in May. I accepted: anything to be in the same state with my hubby.

Since the kids and I were living in a small one-bedroom furnished apartment in San Francisco (we just got back from an overseas assignment and our own furniture was still in storage—a story for another time), it didn’t take me long to gather our remaining belonging and leave for my next pit stop destination, Columbus, GA, outside Fort Benning. As my husband’s PCS day to “Atlanta” got closer, we were really excited with the prospect of living in the same state and in the same house again (how naïve!).

But as all military spouses know, just because you are married to a military service member doesn’t mean you get to live with him or her in the same house, or even in the same country. During one of my husband’s visits to us, we drove to Atlanta to start the process of moving to a house on his new post, Fort McPherson, not knowing that DoD was in the mood for a surprise. Soon afterwards, my husband’s PCS to Atlanta was cancelled. Instead, despite just coming back from overseas, he was again routed overseas, this time for a deployment.

Although my husband’s orders to Atlanta were cancelled, my transfer to Atlanta was still in motion. I was officially transferred out of San Francisco, a place I have been working for the last three years and where I had friends and support system. I wouldn’t be able to go back. So I moved forward with our original (pre-deployment) plan and moved myself and the kids to Fort McPherson.

After our kids and I settled down in post housing, an old brick duplex, my husband left for his deployment. A new deployment, a new city, a new job in a new office, a new house, a relatively new baby (our second son was only nine months old), a new pre-school and daycare. Finding my way and my peace in this new environment was daunting at first, but I had to survive and thrive. As military families, we all find our own ways to survive, and we try to thrive despite all the obstacles military life throws at us.

Because his orders were cancelled, my husband was unable to in-process any unit on the post. So we were not in the post system: we did not receive any emails relating to post activities or news, and we did not have a formal sponsor. Despite this, I managed to survive my obstacles and find “a new normal” for our family through proactively making friends and connections. I actively sought solutions to my family’s problems.

First of all, I made friends with other spouses on post at an accelerated speed (who has the luxury of time to start organic friendships in the military life, right?). Some were neighbors, others were from the post Chapel. Through one of my really awesome friends, whom I met in Fort McPherson, I learned a lot about the post and the area. She encouraged me to introduce myself to to the post commander. I explained my situation to the commander and asked for her help as the inevitable your-spouse-is-deployed issues arrived during the year we stayed there. For example, when my mom and my aunt came to keep my sanity (an impossible task during deployment), I needed to get the commander’s permission for them to stay with me in post housing.

Staying at Fort McPherson was especially hard that year because the post was being shut down and many functions were in the process of being dismantled. For example, the food options were very limited on post, and no food delivery (including pizza!) was allowed. How is a working mom supposed to cope without an occasional pizza delivery? It was also a bit unnerving to be on a post that was slowly emptying of people, as more and more homes were left vacant.  Especially at nights, when all of the soldiers working on post went home for the day, the area felt quite empty.

Moreover, sometimes I would hear gunshots and sirens right outside of the post, and had a hard time feeling safe, even though there were 24-hour guards on every gate. To compensate, I proactively worked on making friends with all of my neighbors, which really helped me in keeping my sense of spiritual calm. This sense of neighbors helping each other really paid off when the post closed due to snow for three-days (the first since 1881). My neighbors came to check on me, helped me find extra milk for my baby, and helped clear our driveway. We had very tight friendships in that small post.

Although at first, I didn’t see it, I soon realized how blessed I was to be in Atlanta during my husband’s deployment. Living in a military community, I was surrounded with compassionate friends, and a great commander who helped us in solving our issues relating to post and the military life. And at work, my new Atlanta office was small and intimate, I was surrounded with caring co-workers, including my boss who was a former military spouse and who really understood what I was going through. Thinking back to the time I ended up in Atlanta with a cancelled PCS order, I feel that I survived and thrived thanks to my proactivity in seeking relationships and thanks to compassionate people around me who understood what I was going through.

Have your PCS orders ever cancelled at the last hour? How did you survived and made the best of  the situation? Or have you ever helped your fellow military spouse that went through a last minute cancelled PCS orders?