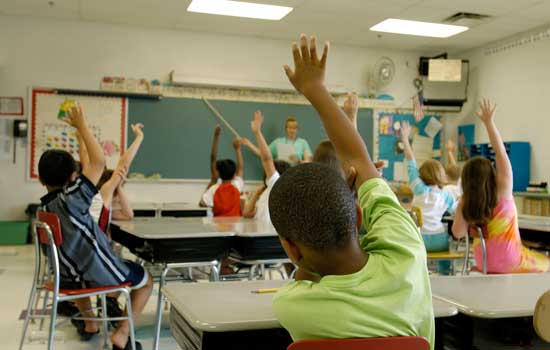 Congress is getting ready to leave town for the holidays, but they are giving a big lump of coal to public schools educating military-connected kids. Leaders in the House and Senate have decided to put off passing Appropriations, or spending bills for Fiscal Year 2017, which started back in October. Instead, they will most likely pass a Continuing Resolution that will extend until the end of March.

A Continuing Resolution would be harmful for all federal agencies, including the Department of Defense, because it prevents them from entering into contracts and making much-needed purchases. With a Continuing Resolution, funding stays the same as the previous year, which isn’t a good thing, especially for public schools serving military kids.

Why? Because it delays the funding they receive from Impact Aid.

Impact Aid is crucial for education. Essentially, it’s money to help school districts with the cost of educating large numbers of federally-connected kids, and to offset the loss of tax revenue when a district includes federal property, like a military installation. For some school districts, Impact Aid is a significant part of their revenue stream.

The trouble is, schools are counting on Impact Aid to pay teachers, heat school buildings, and maintain school buses.

Schools can’t put off important expenses until Congress gets around to doing its job. Military kids, and the schools that serve them, shouldn’t be casualties of Capitol Hill’s budget battles.

We’re asking Congress to fully fund Impact Aid before recessing for the holidays.