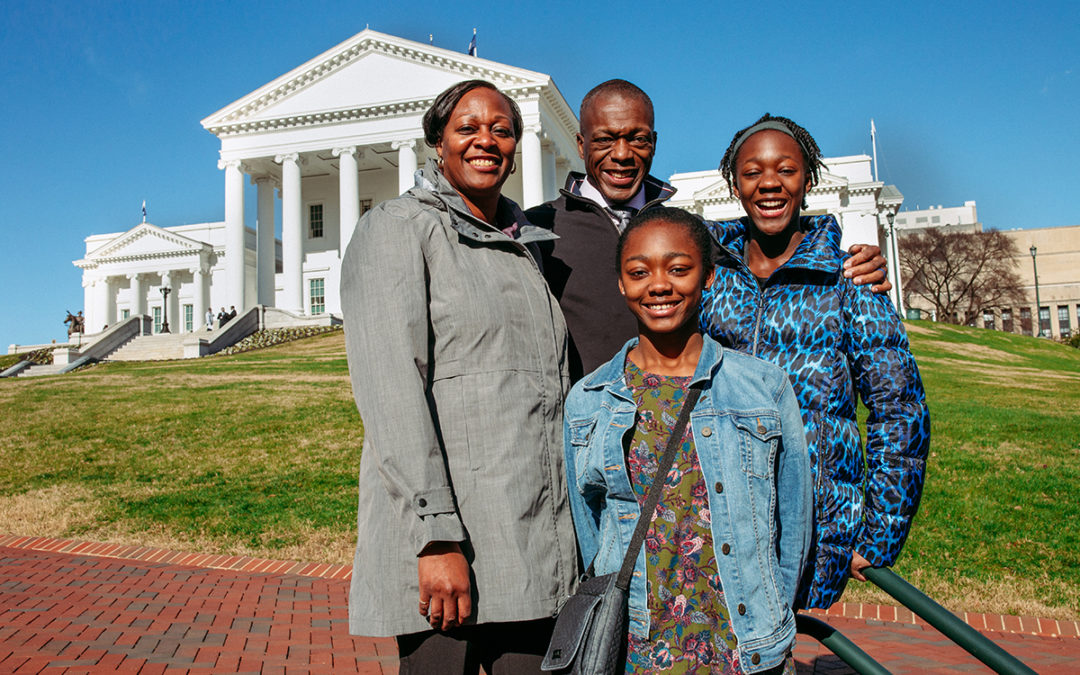 Educational Transitions Really Do Get Harder with Age

Educational Transitions Really Do Get Harder with Age

When your military member has been serving for 20 years, you may approach another PCS move like it’s an old hat. And for some things, it is. You know how to house hunt, you know what not to let the movers pack, and you know how to get connected in your new community. But when it comes to moving school-aged children, the situation is never the same as the last time.

For Danielle Smith, this was exactly the case. In 2018, the Smith family moved with two teenage daughters from Washington State to the Washington, D.C. area. It was their 10th move as a Navy family, and while she heard about how much harder it was to move with older children, she still wasn’t quite ready.

“It was one of the harder transitions we had,” Smith said. “In early elementary, it really just seems like you pack up and move. I felt like this move  with a rising junior in high school  was going to be more challenging.” And she was right. Luckily, Smith was proactive in this move, and knew about some of the resources available to them.

One of the resources Smith used during this transition is the Interstate Compact on Education for Military Children (“the Compact”). The Compact, established in 2006 in cooperation with federal, state, and local officials determined to make educational transitions easier on military families, is not perfect. But it does help.

“I first learned about the Compact when we were moving in between the middle school and high school years,” Smith said. She wanted her daughter to continue in gifted classes without retesting. “I didn’t think it was fair for her to go through their version of testing again,” she said. “It was a matter of gathering her records and bringing it to the district, an evaluation, and a few phone calls from the outgoing gifted teacher. It was a little bit of legwork there to get her accepted into the program. It was the first time we didn’t just show up with shot records for registration,” she said.

But it didn’t always work. Fast forward a few years later and the question of “what class can that count for?” came up when transferring high school credits. Smith lobbied for an earth science class to count, even had the curriculum from the old school sent over for evaluation. She was denied, and her daughter was enrolled in two science classes in one year to make up for it.

Later, another student transferred in to the school, and that student’s earth science credit was accepted. “So, I called back to Washington state and spoke with someone very passionate about fixing this. A few weeks later it was fixed, but my daughter was three quarters of the way done with taking two sciences in one year,” Smith said.

While the Smiths are now settled in Virginia (for a little while), they have some tips on how to make the transition the best possible, and how to make sure the educational standards are consistent and military students are taken care of.

“We try to live close to my husband’s work with a focus on neighborhoods that have a good school district,” Smith said. Several things go into a “good school district.” A little homework on sites like SchoolDigger.com and GreatSchools.com can give some insight on test scores and other factors about the school itself.

All in all, the Smiths admit they’ve been fortunate when it comes to moving around and the quality of schools their daughters have attended. On this last move though, Smith admits to not using all of the resources available. “I thought I had control of the situation, I didn’t push as hard as I could have,” she said.

And she advises parents to not just take the first  or second, or third  answer they’re given, but to keep pushing. “We’ll keep fighting, but why should we have to?” she asks. “We expect so much of military kids, and we handle so much being a military family. Fighting for your kid’s education should not have to be on the list of things we’re responsible for.”

Danielle and her husband are advocates for their children’s educationyou can be one, too! Learn more and sign up to receive an Education Revolution kit to help you on your journey to being your child’s number one education advocate!

By Rebecca Alwine, for the National Military Family Association