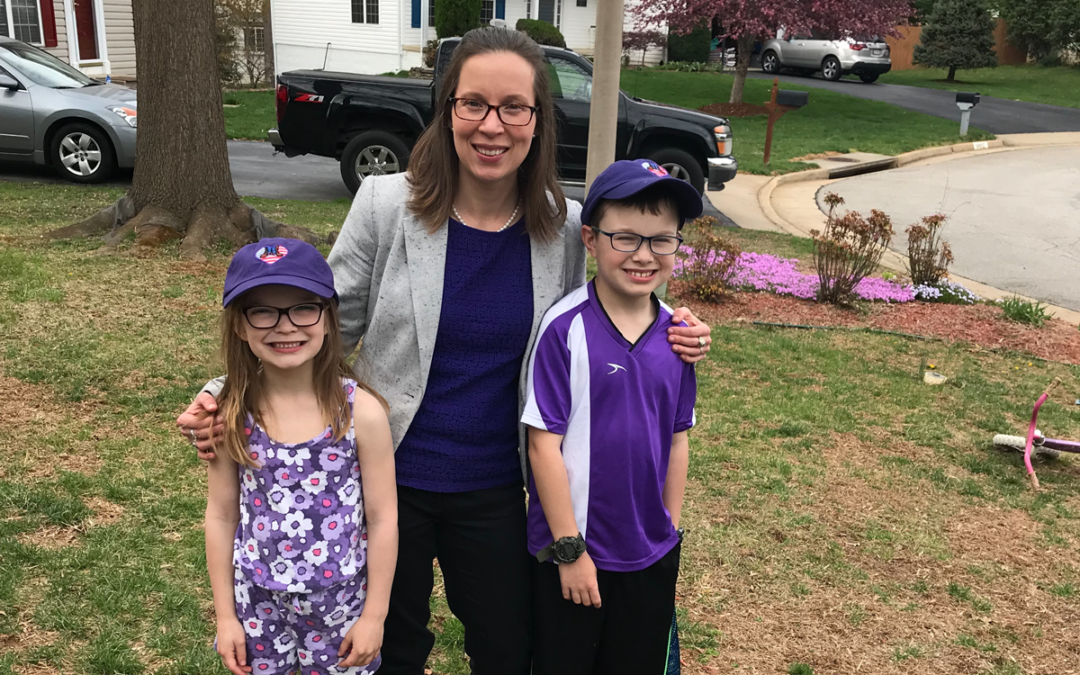 Cross-Country Move Felt in the Classroom

Cross-Country Move Felt in the Classroom

“When our oldest started second grade and the teacher said he needed extra work on counting money, we were shocked,” Air Force wife and mother Courtney Power said. “It turned out he didn’t need extra work, he just needed the basic instruction.”

The Power Family moved from New Mexico to Virginia between their oldest son’s first and second-grade years. Most people wouldn’t even think about how a move from one state to another could put a second grader behind the curve so drastically. They might think high schoolers are the ones who struggle with moves and credits transferring, not kids in early elementary school. But this is not the case.

The struggle for consistency in education is a real problem for military children, of all ages. Power said her family really felt a difference in the educational transition from New Mexico to Virginia. The public school her son attended was located on the military installation, had a very involved parent and teacher community, and was very highly rated in Albuquerque. “But you can’t overcome poor funding and poor standards,” Power said. “Counting money wasn’t introduced in kindergarten or first grade, which put him behind when starting second grade in Northern Virginia.

The Difference Can be Huge

Just as Northern Virginia, and Virginia as a whole, is known for their robust education system, New Mexico is known for the opposite. The states are ranked 14th and 49th, respectively, showing some drastic differences in graduation rates and adults with college degrees, and one similarity in the area of public-school spending. Both states spend about $10,500 per student, falling 15th and 17th lowest in the country.

But more important than spending, graduation rates, and test scores are the way students move in and out of the schools. Military students especially struggle in the transition, a transition they are forced into. A transition that may happen many, many times over their elementary school years.

The Power Family currently has two children in school, one in fourth grade and one in second grade. Next year they’ll have a kindergartener in the mix. Right now, the children all attend the same public school. But that may not always be the case. And, like any siblings, they learn differently and have different needs.

All of which has led Power to keep an open mind on their education. “We’re willing to consider all educational options, including homeschooling, private school, charter schools, online schools, all of them,” she said. And the decision is made based on the specific child. “I would homeschool one and not the others if that’s the best choice,” Power added.

Playing a Role as a Parent

“Sometimes it’s easy, and even desirable, to put your kid on the bus in the morning and say have fun’ but I’m the only one who is going to consistently understand their educational experience,” Power said. As their primary educational advocate, she has a few tips for other parents.

Record keeping is very important. Power keeps all of the reports that are sent home. She explains, “While we get a final report card, the note and comments from the teachers on progress reports and quarterly report cards don’t transfer to that final report card.” Other teachers can see those notes later on and get an idea of past performance.

In meetings with teachers and counselors, Power makes sure everything is documented, even if all the services aren’t being utilized. “Even if they aren’t needed at the time, it’s documented as considered in case it is needed in the future,” she explained.

The Power kids have great role models of lifelong learning in their parents. Both of them have master’s degrees and a passion for learning. They read books for interest and pleasure, they aim to improve upon their hobbies, and by doing so give their children a tangible demonstration that learning doesn’t stop just because they’re no longer in a classroom. “I like to joke that I’m a closet homeschooler,” Power said. “We do a lot of stuff at home, like the highly suggested’ summer reading list from school and a mom writing requirement and fun science activities throughout the summer.”

What the Future May Hold

With somewhat younger children, the idea of high school and stability seems quite a way down the road. But Power’s husband may very well still be on active duty when their oldest reaches high school. “It’s hard to know what we’ll want to do at that point because it’s based on the child and their academic needs, their reaction to transition, and what we may be looking for in a best-case educational scenario. And what’s best for one isn’t always the best for another.”

This Air Force family is likely facing another move, probably next year. At that point, middle school and elementary school are in the picture, and consistency becomes even more important. Really, Courtney Power has one goal for her children’s education, “consistent growth and progress towards successful independent adulthood.”

Courtney is an advocate for her children’s education–you can be one, too! Learn more and sign up to receive an Education Revolution kit to help you on your journey to being your child’s number one education advocate!

By Rebecca Alwine for the National Military Family Association