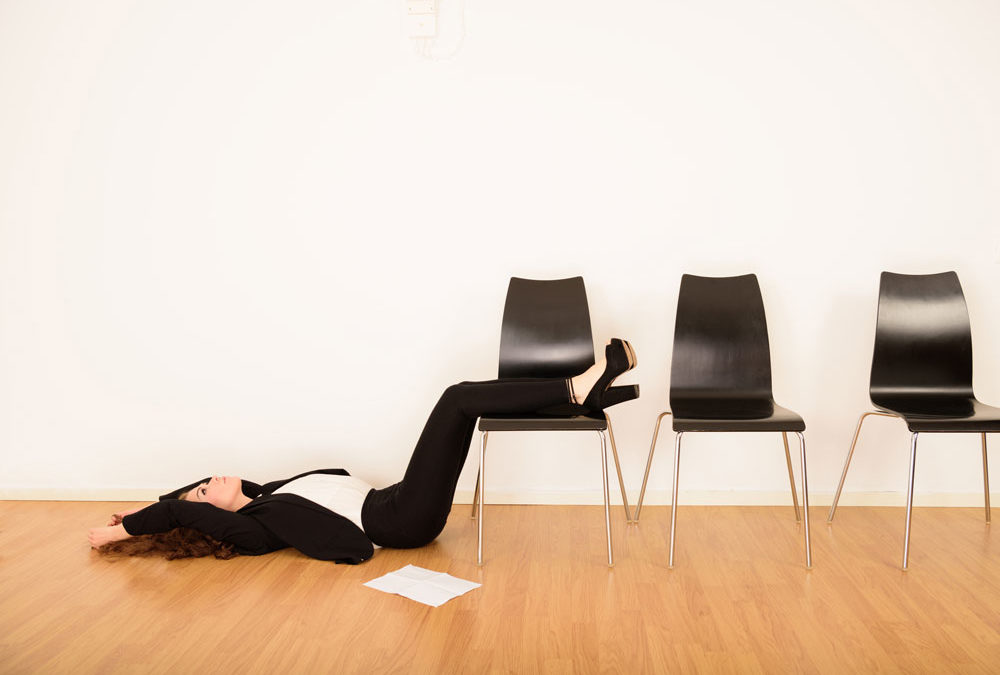 We've all been there, or at least that's what I tell myself when I'm frustrated. And frankly, I know it's true. As military spouses, we all get frustrated when our careers seem to stall mid-climb, or never get off the ground in the first place. Just the other day, I was having a conversation with about seven other military spouses and we all had just about the same story; I had a career, maybe it wasn't perfect, but it was mine. Then I got married and I thought to myself that I would not be one of those spouses who wouldn't work or who couldn't work…but here I am, not working.

The not-working, or career stall, is caused by reasons as diverse as the spouses who deal with it. Perhaps you started a family, moved overseas, had several moves in quick succession, had a family issue, couldn't transfer a professional license to a new state—the reasons seem endless. If you identify with any of these (or the hundreds of other reasons), I need to tell you something important. You are not alone!

So, the way I see it is we have two options: we can do nothing and continue to be frustrated, or we can do something and hopefully, maybe down the road, kick start that career back into high gear. As a professional career counselor, I have a few rules that I always follow when I'm feeling frustrated about my career or don't know how to get it moving again:

Stay positive. I know this sounds incredibly trite, but I really do mean it. Our attitude effects how we speak, write, and come across to others, and let's be honest, no one wants to hire someone who is grumpy.

Do something, anything; just don't let your skills diminish. When my husband and I moved to Hawaii I knew my career would suffer, so I made a plan to keep my skills sharp. I considered jobs that were part-time, temporary or even outside of my given profession (I substituted in some of the schools, I can always spin that down the road in an interview or come up with some transferrable skills that I gained from the experience. I also looked for ways I could expand my skills. I took a few online classes and even interviewed for an unpaid internship with a non-profit to gain experience. I volunteered (a lot!). Even though most of this was outside of my professional skill set, it is still good for employers to see that I was active in some way, plus it gave me a ton of great connections in the area.

Be flexible with jobs. I had a friend who had a master's degree, and when she moved overseas, took a job as a bagger in the commissary because she couldn't find anything else. She didn't love it, and it may not get her a glowing position when she gets back, but in interviews you always get asked about best and worst jobs or bosses. I never consider a job to be below me because I know that with every job I will gain valuable skills.

Keep applying anyway. I've had a lot of military spouses over the years tell me that they applied for five or even ten jobs, but didn't hear back so they just threw in the towel. I know this seems acceptable, but I can tell you, both from personal experience and from research, it can take in upwards of 40 applications before you hear back from one of them for an interview. Thankfully, this is not always the case, but it can be, so don't give up!

Know how to apply. With the Internet, sending out resumes has never been easier, but often times applying for a position goes beyond that. Did you know that Federal resumes are far different from civilian resumes? Most people say they know this, but the large majority of the “federal resumes” people have sent to me are nothing like actual federal resumes. Make sure you speak with a professional (on base or through Military OneSource) about how to write these. Remember, just because you send in a resume through a job search site (like monster.com or indeed.com) does not mean that you actually applied. I always Google the company and apply with them directly, otherwise there is no guarantee that you have completed all the necessary application steps.

Find some support from other spouses, or family members who've been there. I have found that there is no better support system than someone who is in your shoes or who has been in your shoes. Lean on them and let them challenge you to do all of these steps.

I'm not saying it's easy and I'm certainly not saying there aren't days when I get frustrated, but I have found that if I follow my own advice things tend to work out in the end.