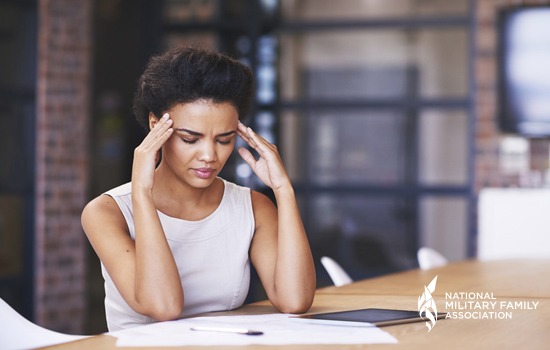 5 Things You Need to Know about Military Spouse Employment Problems

5 Things You Need to Know about Military Spouse Employment Problems

The US Chamber of Commerce Foundation unveiled their survey results on Military Spouses in the Workplace at the Hiring Our Heroes (HOH) Military Spouse Employment Summit in Washington DC on June 14.

The HOH initiative, launched in 2011, was designed to connect military families to meaningful employment opportunities. The program has helped more than 30,000 transitioning service members, veterans and military spouses find employment through job fairs and hiring events.

And the 2017 employment survey was commissioned to understand the impact spouse employment has on recruiting and retaining our nation’s best and brightest service members.

“Military spouse employment affects the family’s financial stability,” Raezer explained. “It can cause stress at home, and add to the already heavy burden our military families carry when they love someone in uniform.”

So what did we learn from the survey results this year?

With military spouses facing an unemployment rate of 16% (according to the HOH survey), more military members have been forced to consider leaving the service so both they and their spouses can find work.

Suzanne Clark, Senior Executive Vice President of the U.S. Chamber says that doesn’t have to be the case, but if spouse employment issues aren’t addressed and corrected, the recruitment and retention efforts of our military will suffer.

2. Military spouses are more likely to be underemployed.

When spouses do enter the job market, they end up earning about half of what their civilian counterparts are making, and are filling positions that require them to take a step down in responsibilities from previous jobs.

One military spouse commented on HOH’s Facebook Live feed of the event, saying, “I have two Masters degrees as a military veteran and spouse. We aren’t interested in entry level jobs. We want careers.”

And that’s common for most spouses in the workforce. In fact, 71% of military spouses stated that they have more formal education than was needed for their current position.

3. Military spouses have to quit their jobs when they move.

Relocating every few years is more than just packing boxes and shipping them from one duty station to another. This year’s summit encouraged businesses and companies not only to hire military spouses, but commit to retaining them when they’re forced to PCS.

Eric Eversole, President of Hiring Our Heroes said 67% of military spouses had to quit a job due to their service member’s military commitment. But the question remains: does that always have to be the end result? In today’s job market, more positions allow for telecommuting and remote opportunities. Could more companies expand these opportunities to accommodate the ever-transient military spouse?

The HOH survey showed that more than half of job-searching military spouses waited four months or longer to find their next position. And for 25% of them, it took an entire year to find employment.

This obstacle is even more challenging for military spouses living overseas, Ellyn Dunford explained. Dunford is the wife of Chairmen of the Joint Chiefs of Staff General Joseph F. Dunford, and knows these hardships well. She explains that spouses are often required to first learn the native language, then pay income taxes to that country, and then pay US taxes because they’re US citizens.

Dr. Adam Jones, a regional economist for UNC Wilmington explained, “There are 4 million job openings in the US right now—we aren’t in a recession! But unfortunately, our military spouses live in a recession. When we start comparing their world to the broader world that gets the focus, we see this.

The issues highlighted in the HOH employment survey help pinpoint military spouse employment challenges to better equip the government, companies, support services, and hiring officials to meet the needs of the military spouse community. If you weren’t able to attend the Hiring Our Heroes Military Spouse Employment Summit, you can watch it online now.