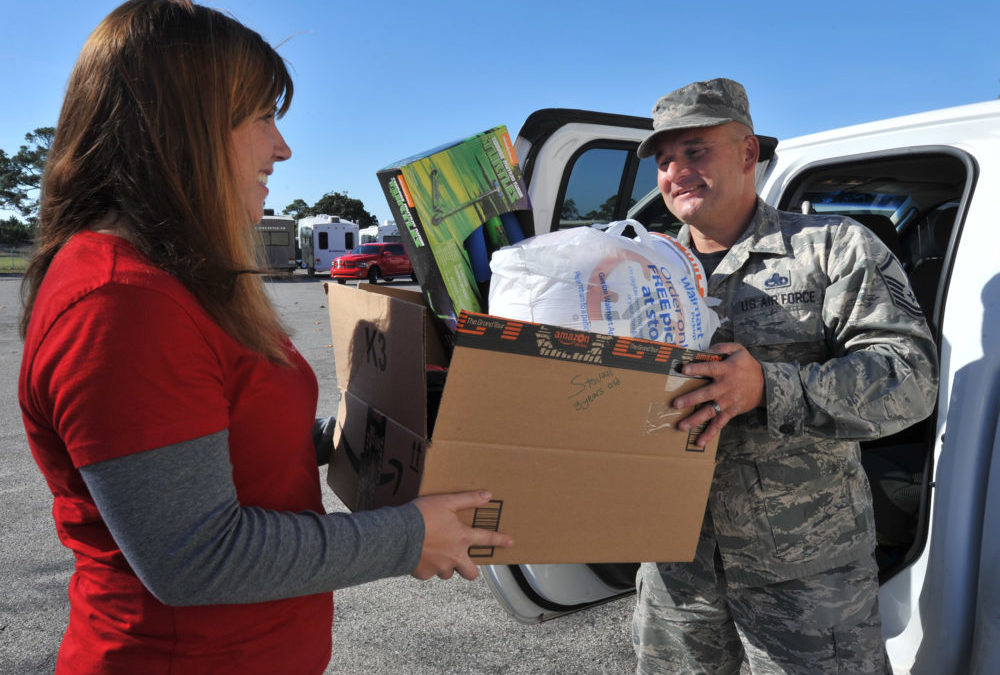 The Military Made Me an Accidental Minimalist

The Military Made Me an Accidental Minimalist

I know what you’re thinking. You’re thinking I’m about to dive into a PCS sob story about how the movers scratched my grandmother’s china cabinet, so now my husband always wants to do partial DITY move and base housing is too small for all of my stuff, so I just decided to get rid of everything.

While some of that may be true, what’s truer is that I realized recently I have far less stuff than I did just a few, short years ago, and for the most part it happened naturally — or accidentally — thanks mostly to the military, and here’s why.

Friends and Experience Over Stuff
For a great many of us, one perk of military life is that we get to enjoy experiencing a new culture, and while it can be challenging, we have the opportunity to continue flexing our friend-making muscle. Those experiences and friends are typically what make or break a duty station.

Something I learned fairly early on was that spending the “fun” portion of my budget on shoes meant to impress the new spouse’s group instead of on local activities with the new spouses was a mistake. Plus, the bonus of moving a lot is that my stuff is always new to the people I meet.

After a while, I started asking myself why I would spend money on new throw pillows for the couch when none of the ladies coming over have ever even seen them.

And then, I began to ask myself why I would ever buy new throw pillows since I loved the ones I had. Slowly but surely, as I focused on embracing people and experiences where we were, I realized the things I had were naturally curated into a collection of things I also loved.

I Need the Space for People
Regardless of where we have lived, one thing has been constant: we get quite a bit of company. We will go through stretches where every month we have friends or family staying with us. Whether it’s old friends passing through on a road trip, visits from the grandparents, or single friends who are only going to be in town between detachments or for training, it seems our guest room is constantly being used.

In a lot of ways, it’s awesome. Even when I’m in a new place, the loneliness is usually short-lived. But it means that as much as I want to, I can’t stuff our spare bedroom full of junk. I’m somehow constantly getting rid of three-year-old Halloween costumes and stacks of magazines I’ve already thumbed through four times.

For the most part, whether it be for usefulness or sentimental value, the stuff I have is the stuff I actually need.

Others Need What I Have
I’ve found a common misconception about military families is that because families in the same geographic area of about the same rank make the same amount of money, we’re all living the same financial reality.

But what I’ve experienced is that one-size doesn’t fit all. Military families come from different backgrounds, with different family sizes, and different levels of financial input outside their military paycheck.

It sounds obvious, but when I was a newly minted military spouse, I didn’t realize that. To be totally honest, when I first began to make military relationships I was surprised at the variance in financial stability.

We’re always trying to quantify whether or not military pay is fair. Sure, some people aren’t great with their finances. But, others are and they’re doing what they can with what they have.

So I’ve made it a point to regularly assess how I can use what I have to benefit my community. It may be the outgrown coat my kid wore three times while we were in Hawaii, but it might also be donating where appropriate.

I’ve found that doing so has left fewer things in my home, and a fuller sense of connectedness and fulfillment in my heart.

In early adulthood, I was far more likely to fall into the trap of closely tying what I had with who I was, and I’ve been fortunate as time has passed to recognize the lack of wisdom in doing so. Moreso, the military has emphasized for me the ways that people can and should take up more of the space in my life, both literally and metaphorically.

Have you embraced a minimalistic lifestyle as a result of living the military lifestyle? Share your thoughts in a comment!