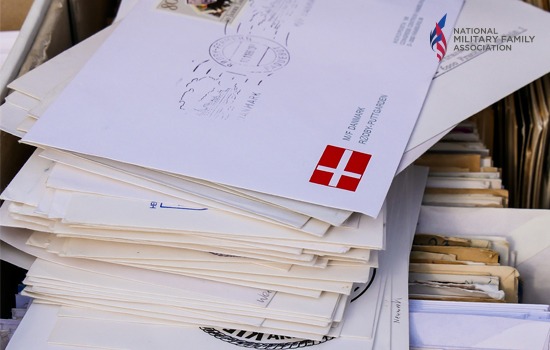 3 Old School Ways to Communicate in the Tech Era

3 Old School Ways to Communicate in the Tech Era

The rise of technology over the last two decades has most likely made communicating with your service member during deployments a whole lot easier, and often times, more frequent. The evolution of communication methods have grown from e-mail, to instant messaging, all the way to live video options, such as FaceTime and Skype.

However, every deployment is different and not every service member will be able to use all of these options.

Before the era of the instant message, military families would often wait weeks, or even months, to get a letter from their deployed loved ones. Today, postal services are streamlined and makes for much more frequent receipt of letters.

For Jade, a Marine spouse, the letters she got from her husband were what carried her through each deployment. “We could never count on internet working aboard the ship he was on, so most of the time those letters were all we had,” she said. “I can’t tell you how many times I would read each one over and over again. I would just sit there in bed at night, or after a bad day, and my mood would almost always improve instantly after reading one of those letters. I still break them out from time to time!”

Not only are letters the cheapest way to communicate during deployment, they’re a way to stay connected to each other’s day-to-day lives. “One day I wrote my husband a letter and it only said: Dearest Husband. Your dog peed in my shoe today…That is all,” said Jade. “A few weeks later I got a letter back that just said: Hahahahaha! I haven’t laughed that hard in MONTHS!”

One pro tip Jade suggested was numbering each letter as you send them. “Not every letter will arrive in the order they were sent,” she said. “Sometimes mail service is unpredictable, so it’s possible they’ll receive three letters in one day and they won’t make sense if no one knows the order they were written.

Video recordings of your family are also a great way to stay connected to your service member while they’re deployed. Ben tried this out shortly after he married a Navy Corpsman. His wife appreciated these movies and was even able to witness her daughter’s first steps from thousands of miles away. “It wasn’t in real time,” said Ben, “but she got to visibly see a significant, one-time event that she otherwise would have missed.”

As time went on and technology became more user friendly, Ben began recording videos of every-day life on the home front with his cell phone. He would compile short clips and burn them to a disc every few weeks so his wife could feel a part of the family during deployment. “One time I rearranged the furniture and was planning to surprise her when she returned home,” said Ben. “But then I remembered attending the pre-deployment briefing and they mentioned that sometimes big changes like that could be jarring to the service member once they return home. So instead, I took a short video of the new set-up to include on the next disc,” said Ben. “She really liked it, but also pointed out a potential hazard that I hadn’t even thought of, so I fixed that part and all was well!”

While sending a pre-recorded video can definitely create a closer connection to the home front, Ben advises discretion when choosing what goes into the recording. “Privacy is a precious commodity that most service members aren’t afforded during deployment,” he said. “If there’s something in the video that might be sensitive or private, it might be a good idea to give your service member a heads up before they receive it.”

Even in a world of 24/7 digital communication, care packages are a staple in military culture. Care packages provide that little piece of home that keeps a service member going. “My husband always uses this special hot sauce on almost everything he eats,” said Marine spouse, Kelly. “He was constantly talking about the food being bland when he was on deployment so I decided to stock up and send two bottles of hot sauce in every care package I sent. He said the hot sauce helped him imagine sitting at the dinner table with us, and that brought him comfort that he couldn’t get anywhere else.”

Care packages can occasionally get expensive to send, depending on how often you plan on shipping them out. Kelly suggests using the United States Postal Service (USPS) discounts if mailing to APO or FPO addresses. You’ll still have to pay for postage costs, but USPS also offers free packing materials for families of deployed service members to assist in boosting their moral while away from the home front.

Delivery of your care packages can take anywhere from two to eight weeks, depending on your spouse’s location. So if you’re looking to send time sensitive items (holidays, birthdays, special occasions), be sure to schedule a timeline.

Whether you’re texting, video-chatting, or sending hand-written love letters to your deployed spouse or significant other, remember that meaningful communication is what will keep you connected during deployment. Quantity of communication matters much less than quality.

How does your family stay connected during separations and deployments? We want to know!