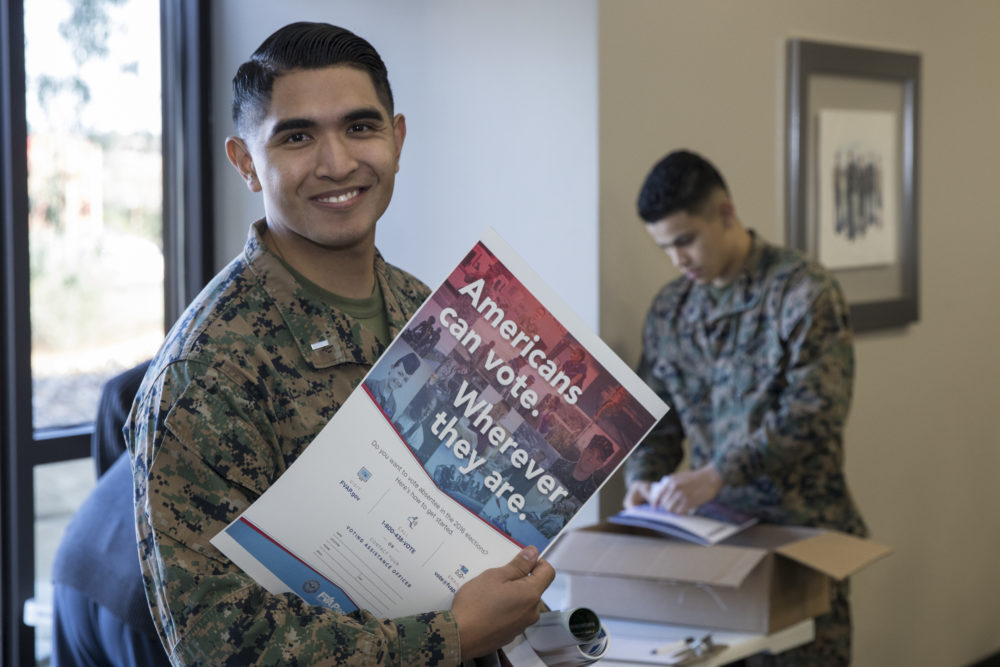 The 2018 midterm election day is just around the corner, and with everyone from Kayne to Taylor Swift weighing in on their political preferences, we want to make sure you have every chance to register and cast your vote on November 6.

If you're not registered, your window to do so is quickly closing. Find out the when's and how-to's in your state. Deadlines to register in Alaska and Rhode Island have already passed, and a few others are close.

Want to vote early? Some states allow that—see if yours is on the list.

Because you're not always living in the state where you're registered, military spouse, service members, and eligible family members are allowed to vote via absentee ballot—which means you vote by mailing in your ballot instead of going to a poll location. But you'll need to request a ballot first…here's how.

As military families, we've been briefed on the do's and don'ts regarding political campaigns—the Department of Defense (DoD) even has well-defined directives for Armed Forces members:

Sounds limiting, doesn't it? DoD explains there are things service members CAN do:

Though none of these rules apply to military spouses or family members, it's smart to consider what you do and don't share, participate in, and identify with.

Many elections in our nation's history have been decided by a margin smaller than 1%. From presidential elections to legislative elections, every vote matters. And if it wasn't a margin of less than 1%, it sure was close.

Your vote could sway history. We hope you rock the vote on November 6!